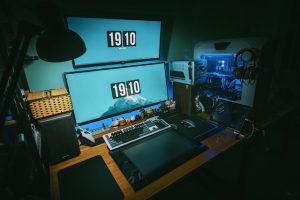 Unlike the early games, which could only be played against a computer, modern games allow you to play with or against a large number of players from around the globe. That’s the reason why video gaming is considerably more engaging.

It has never been simpler to play online with a large group of people. You can also have real-time conversations with your online friends by using your gaming headset or a live chat feature.

To understand all you need to know, let’s look at the different methods that gamers could bet while engaging in video games.

Social casino games are the first and most common form of video gambling. You can play without spending real money by earning points or in-game currency like coins or jewels. Among online social gamers, paying extra money to access more features or get more points is not unusual.

A loot box is a type of prize that can be acquired through play or bought outright. In a package, you never know what you’ll find. Considering that there is no skill involved, it is similar to gambling. Be careful with your expenses because buying these reward boxes might get expensive.

Some argue that the younger crowd’s decline in casino visits is the reason game developers have begun including gambling-inspired elements in their games. Obviously, traditional casinos are becoming less and less popular.